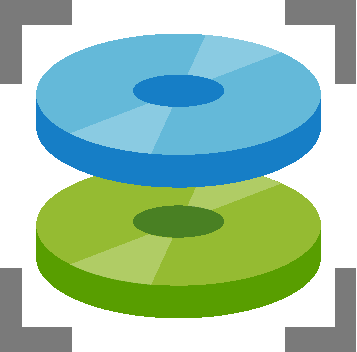 Ubuntu upgrade can be a challenge

Ubuntu 18 is coming up in a few months. I started using Ubuntu on my machine since version 9.10 and it has gone through 8 upgrades. I’m running 17.10 now. If memory serves me right, my system crashed 2-3 times during these upgrades. In fact, those were the only downtime I have on this machine. In the early days, upgrade isn’t very mature IMO. A system could be partially upgraded and then blocked by dependencies. Since the introduction of do-release-upgrade, the upgrade process is much more reliable. However, it’s still a risky operation when upgrading to a development release. On the other hand, jumping from LTS to LTS is quite safe.

Last night, I tried to upgrade to 18.04 and it was a disaster. xorg refused to start and the system was inoperable. There is no way to downgrade to 17. As a result, I had to restore my system from backup. That took me a bit of time to do. There is a better solution than traditional file backup-restore, AKA LVM snapshot.

To use LVM snapshot, I first need to migrate the partition containing the root filesystem to a LV. The high-level steps are:

Let’s do a refresh course on LVM snapshot

At a later time, one can choose to remove the snapshot, or merge it with the origin. When a snapshot is removed, that point-in-time copy of the filesystem is removed. All changes made since the snapshot are applied to the origin. This can be performed online. When a snapshot is merged, we’re actually discarding all the changes made since the snapshot was performed, and fall back the origin volume to that time. A merge operation can only be performed when the origin volume is unmounted. If it’s the root filesystem, then it will happen the next time the volume is activated.

Take a LVM snapshot before upgrade

Bare in mind the snapshot volume should be big enough to hold all the changes, in this case the delta between 17.10 and 18.04. It probably takes a lot less than 30G, but let’s be generous.

Once a snapshot is taken, start the upgrade. If everything works fine, we can remove the snapshot.

If things goes south, reboot the computer with a live cd or usb stick. Make sure the root filesystem is not mounted, then issue the merge command

When it’s finished, the root filessystem will be reverted back to the state before the OS upgrade. The snapshot volume will be deleted automatically. I’ve never tested this part and hopefully I never will be. If I do I’ll be sure to update this page. As a prove of concept, I’ve tested snapshot merge on a test filesystem.

Here I’ll demonstrate how LVM snapshot merge works. I have a filesystem called /dev/ssd/vault with 2 files on it:

At t1, I created a snapshot called /dev/ssd/vault-snap

I then created new files on the filesystem. There are at this point 4 files:

To revert to the original state, unmount the filesystem, issue lvconvert –merge

Mount the filesystem again and the files created after t1 are gone:

I’ve used these steps once and now let me run it again and upgrade to Ubuntu 20.04. With all the time working from home, this is a critical time, I need my computer to be 100% after the upgrade.

Glad that the upgrade went well. Upgrade from 19.10 to 20.04 is painless, touchwood. Now that I’m happy, I can remove the snapshot. The only issue so far – google chrome is missing from dash and cannot be added as dash favorite. Starting it with command line is perfectly fine.