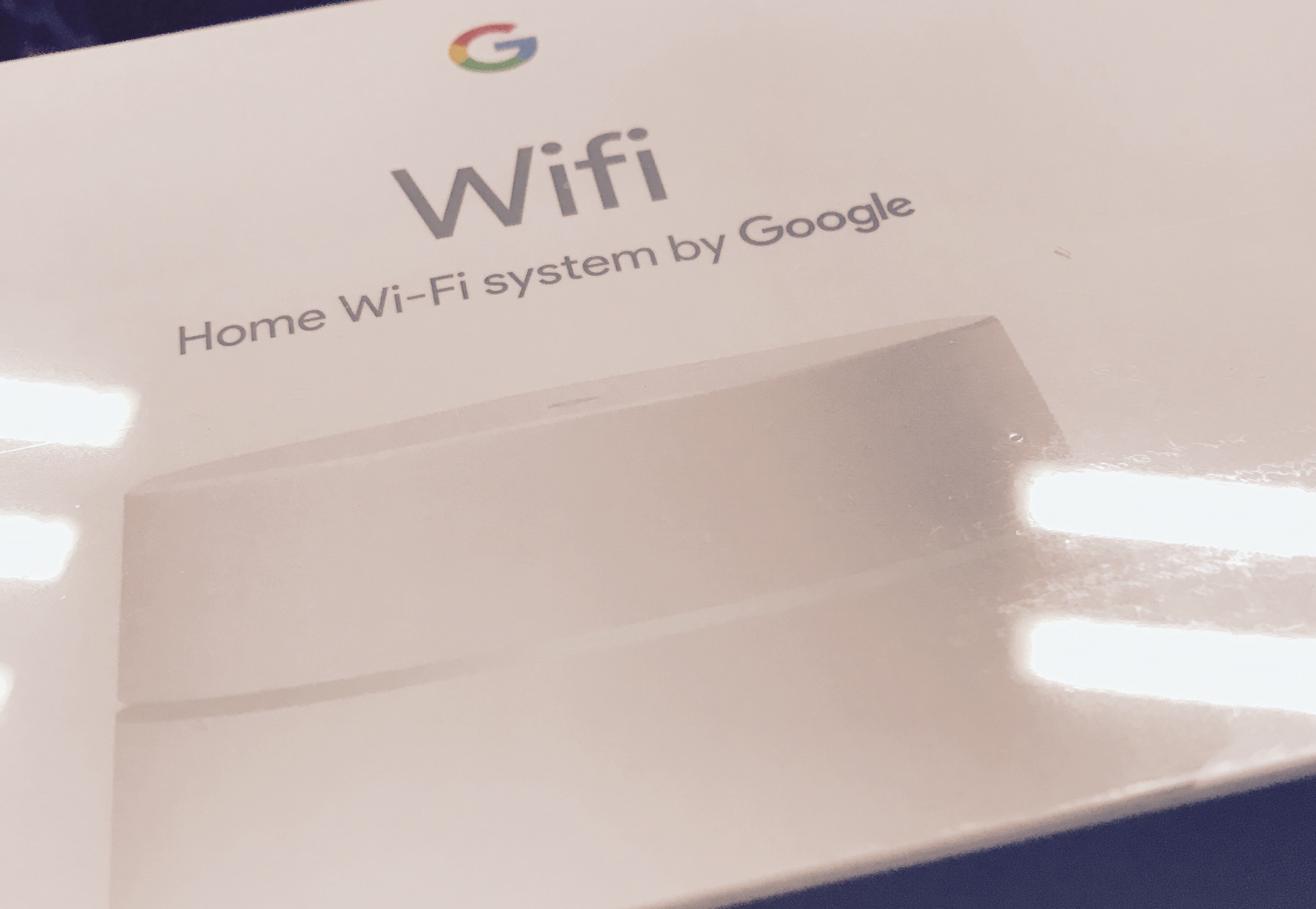 Another user at home was complaining about all the different APs that I have installed. All the different SSID and the fact that wireless clients tend to cling to AP that are further away and the connection became dead slow. Often we will need to manually switch to a different SSID.

My place isn’t particularly huge. But rooms are separated by brick walls.

I was exited about google wifi when it came to my knowledge. Thrilled to learn that amazon ships it outside the US. On paper, this is exactly what I need. It allows roaming between wifi points. And I can wire the wifi points to a switch for better performance. I was a bit skeptical to learn that it doesn’t give me a lot of control. If it works that’s awesome. If it doesn’t I’d have a tough time figuring out what’s wrong. But I decided to give it a try anyway. It’s from google right?

Unboxing
The product arrived yesterday in good condition. When I opened the box, there was an unpleasant odor coming out of it. It’s worse than the usual plastic odor. Anyway, that went away in a few minutes.

Configuring google wifi
To configure the google wifi systems, I’ll need to install their app. The iOS version is only available in US App Store. Come on, the power adapters are on universal voltage and don’t tell me google is not keen on exports. Luckily, I have an old android phone. Got the app from play store and started setting them up.

First try: double natted mode
Initially, my plan is to bridge the whole wifi system to my existing local network, which consists of a modem, a broadband router, and a switch. Naturally, I connected the LAN port of the primary google wifi point to my LAN. That didn’t work. Apparently, the google wifi system is hard coded to require a working connection on the WAN port. Otherwise, the app won’t do any configuration at all. I can’t think of any good reason for that, other than google is trying to take full control of my network.

While this configuration works. It’s very slow. That’s because the mesh network is inter-connected wirelessly and wireless condition has never been good in my place. I get about 2MB/s copying a 200M file. I don’t want to connect the wifi points to my wired Ethernet yet as it’s on a different address space. Thought I may need to do so later on. Around this time, I noticed google updated the software on all 3 wifi points to a newer version.

Second try: let google takes over
Then I researched on the official help pages. A second configuration was suggested. That is to connect the WAN port of primary wifi point to my modem and let it be the router. The other wifi points can then be connected to my LAN. I was not too happy about this configuration because I’ll have to change all my devices to use the google assigned private subnet 192.168.86.0/24.

That seems to be the only option and I got that going the next morning. The primary wifi point was unable to get an IP from my modem. Tried rebooting and changing ports. Didn’t make any difference. The app says the network is offline. IP of the WAN port is blank. After an hour of frustration, it finally picked up the IP and the mesh is finally manageable.

Interestingly thought, before the IP was learned, I pointed my desktop’s default gateway to 192.168.86.1. I started receiving emails. Web sites are loading too. Went back to the app and it still says the network is offline but it obviously is online.

About 10-15 minutes later, I noticed the network started to slow down quite a bit. I can no longer ping 192.168.86.1 from my desktop. It has a pair of teamed NICs, and more than 1 mac addresses reply to arp queries. Maybe that’s the culprit. I also happen to run IPv6 on several machine and I could not ping the other machines via v6 address either. That’s strange because v6 doesn’t use arp.

I ran out of time and will need to invest more time tonight on this supposedly smart product.

Back when I had it configured in double natted mode, I tried walking around with my mac book. Mac was able to automatically roam from the primary wifi point to the second one. Saw the bssid changed. The switch was seamless. But it didn’t roam as I walk to the third wifi point. I was literally 2 feet away.

So far, I don’t get what I was paying for. And it really sucks when I have no control over the system. I was plugging and unplugging cables like an idiot. I had to modify my network for the product to function. It shouldn’t be this way. If I’m in the US, I’d definitely send them back. At this point I’ve lost the motivation to continue working with this product.

In terms of security, google promises good protection. Not much is disclosed other than having firewall and automatic update. If you trust google then it’s secure. See what the product manager says.

Day 3, I connected the primary to my modem. Lan port of the primary goes to my switch. The 2 wifi points’ wan port connected to the same switch. Why the wan ports? That’s google’s instruction. While everything works now, I’m seeing severe packet loss inside my local network. That was resolved by removing all IPv6 addresses on my machines. I used it only for internal network, no idea how that could have interfered with google wifi.

One of the wifi points failed
A few hours later, the app told me one of the wifi points went offline. Even though it has a white LED on. I factory reset it and tried to add it back to the network. Didn’t work. It was either added as an OnHub device, in NAT mode, or most of the time it just couldn’t be added. I kept resetting the devices and tried again a dozen times. At that point I’m feeling helpless and contacted google support. They asked me to disconnect the working units, and connect the failed one as primary in a test network. Did so and the device worked fine. There is no hardware problem then. Factory reset it, still couldn’t add it to my network.

The ultimate fix was to reset all 3 units, set the problematic unit as primary, and then add the other 2 as slaves. Working well so far. Speed is fine and roaming works ok. Except one of the wifi points is now labelled as “wired wifi point”, while the other is labelled just “wifi point”. I have both wired to the switch for better performance. Cable go into the WAN port as instructed by google. Checked with google support, who insisted that I need a managed switch for things to be properly detected.

Waited for a week for a couple of cheap managed switches from NetGear. I got GS108Ev3. At first, I connected 2 wifi points to one switch, and another one to a second switch. The switches are connected with a straight cable. That made no difference compared to unmanaged switches. Enabled loop protection already. Ultimately, I connected all 3 wifi points to the same switch and everything is solved. The 2 slave wifi points are now properly detected as wired wifi point. And because google wifi finally learned about the wired connections, I’m no longer seeing any packet loss. Most likely the loop is fixed. 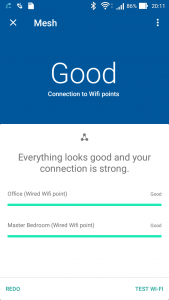 So I’ve been using google wifi since 2017. I recently installed managed switches and after a few hours, I started noticing STP loops and ports are being shutdown. Some googling suggests google wifi itself uses STP to prevent loop. When the switches has STP enabled, it may cause problems. The solution so far is to

If that doesn’t work, try disable STP altogether on the switch. After all, in a small home network, loop is a rare problem and it may be easier to troubleshoot by observation.